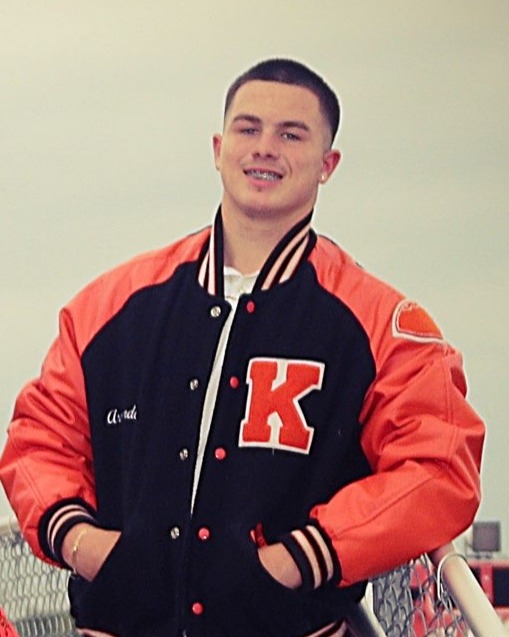 He will be remembered by his parents Armando and Jessica Mendoza of Kemp. His sisters Shelby, Katalina and Sophia, and his brothers Jeremy and Layne. His 4 Grandparents, 7 Uncles, 5 Aunts and hundreds of Cousins and friends.

He is Predeceased by his Grandfather Bobby Griffin

Born February 8th, 2007, in Dallas TX. He attended Kemp ISD his entire life. He was currently a Sophomore at Kemp High School where he was an A/B honor roll Student athlete and was a part of the Superintendents Advisory Counsel. He planned to pursue a career as an Archaeologist or Paleontologist after graduating in 2025.

Junior loved God. He loved his family and any and everyone around his family. He had a heart of gold and would do anything for anyone. He had a creative and inventive imagination. His big smile and bright blue eyes would light up any room. He loved sports which included Football, Powerlifting, Track, Soccer and any other activity where he could show off his physical strength. He also volunteered as a Jr. coach with KASA, the same organization he grew up playing with and making so many memories and friends. He was a natural protector of others especially his mother and his sisters. He was goofy, loving and compassionate and he put his heart into everything he did. He loved to do many things including, eating Ramen Noodles, riding his 4-wheeler and dirt bike, wrestling with anyone, designing his favorite swords out of any and all spare wood he found, playing his PlayStation and researching and educating people about dinosaurs.

A Message from the Family

“It’s hard to know why things happen as they do, there was so much love and joy centered around you”
“It’s hard to comprehend you are no longer here, but one thing for sure is that all the happy memories will keep you near”
“You will always be thought of with pride anytime someone mentions your name, nothing will ever change the LOVE from remaining the same”

To order memorial trees or send flowers to the family in memory of Armando Garrett Mendoza, Jr., please visit our flower store.